Whether you are a beginner or an expert, you will find the right MICHELIN tyre for your track days.

Find the ideal tyre for your style of riding

Which is the best MICHELIN tyre for your riding style?

Looking for fast lap times and long lasting performance on the track? Find the tyre that you need based on your level and the engine size of your bike. From road and track tyres to competition tyres, find the most suitable offer for your needs. 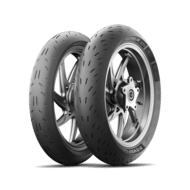 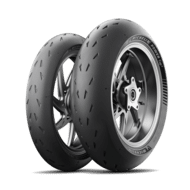 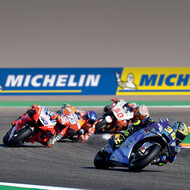 Competition and performance have always been a part of Michelin's DNA. Since its return in 2016, Michelin is the official and exclusive tyre supplier to MotoGP™

Since 1973, Michelin has had more than 440 wins and 31 world championship titles in the Premier Class with 15 different riders.
In 2019, the brand also returned to national level motorcycle racing with the MICHELIN Power Performance range, winning several championship titles in both the 600 cc and 1000 cc categories, notably in France, Greece, Spain and Sweden.
In 2020, the POWER ranges were launched in the market to meet the needs of sports riders from the road to the track.